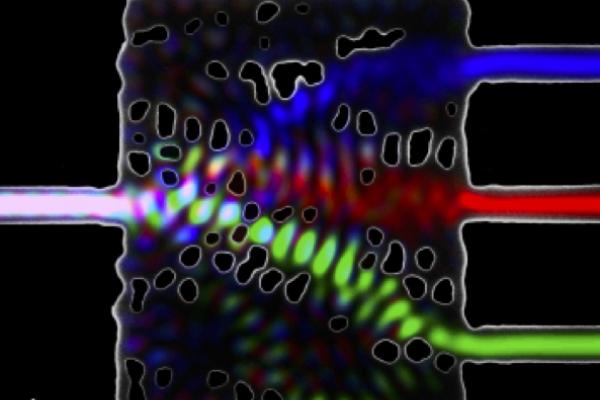 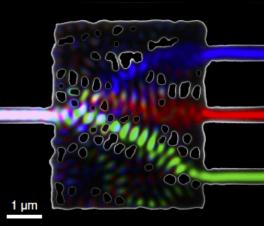 Abstract: Classical and quantum photonics with superior properties can be implemented in a variety of old (silicon, silicon nitride) and new (silicon carbide, diamond) photonic materials by combining state of the art optimization and machine learning techniques (photonics inverse design) with new fabrication approaches. In addition to making  photonics more robust to errors in fabrication and temperature, more compact, and more efficient, this approach is also crucial for enabling new photonics applications, such as on chip laser driven particle accelerators, and semiconductor quantum simulators. 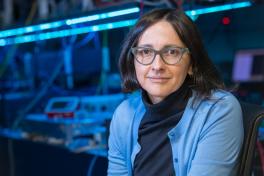 Bio: Jelena Vuckovic is a Jensen Huang Professor in Global Leadership in the School of Engineering, a Professor of Electrical Engineering and by courtesy of Applied Physics at Stanford, where she leads the Nanoscale and Quantum Photonics Lab. She is also the Fortinet Founders Chair of the Electrical Engineering Department at Stanford. She was the inaugural director of Q-FARM, the Stanford-SLAC Quantum Science and Engineering Initiative, and is affiliated with Ginzton Lab, PULSE Institute, SIMES Institute, Stanford Photonics Research Center (SPRC), SystemX Alliance, Bio-X, and Wu-Tsai Neurosciences Institute at Stanford.

Upon receiving her PhD degree from the California Institute of Technology (Caltech) in 2002, she worked as a postdoctoral scholar at Stanford. In 2003, she joined the Stanford Electrical Engineering Faculty, first as an assistant professor (until 2008), then an associate professor (2008-2013), and finally as a professor of electrical engineering (since 2013). She has also held visiting positions at the Max Planck Institute for Quantum Optics (MPQ) in Munich, Germany (2019), at the Institute for Advanced Studies of the Technical University in Munich, Germany (2013-2018), and at the Institute for Physics of the Humboldt University in Berlin, Germany (2010-2013).

Vuckovic has received many awards and honors, including the Mildred Dresselhaus Lectureship from MIT (2021), the James Gordon Memorial Speakership from the OSA (2020), the IET A. F. Harvey Engineering Research Prize (2019), Distinguished Scholar of the Max Planck Institute for Quantum Optics - MPQ (2019), Hans Fischer Senior Fellowship from the Institute for Advanced Studies in Munich (2013), Humboldt Prize (2010), Marko V. Jaric award for outstanding achievements in physics (2012), DARPA Young Faculty Award (2008), Chambers Faculty Scholarship at Stanford (2008), Presidential Early Career Award for Scientists and Engineers (PECASE in 2007), Office of Naval Research Young Investigator Award (2006), Okawa Foundation Research Grant (2006), and Frederic E. Terman Fellowship at Stanford (2003). She is a Fellow of the American Physical Society (APS), of the Optical Society of America (OSA), and of the Institute of Electronics and Electrical Engineers (IEEE).