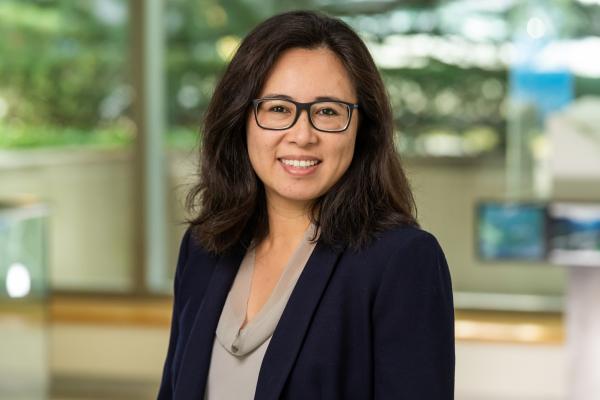 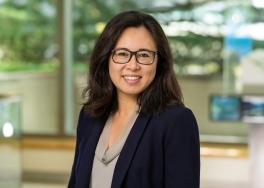 Abstract: The nitrogen vacancy (NV) center in diamond exhibits spin-dependent fluorescence and long spin coherence times under ambient conditions, enabling applications in quantum information processing and sensing. NV centers near the surface can have strong interactions with external materials and spins, enabling new forms of nanoscale spectroscopy. However, NV spin coherence degrades within 100 nanometers of the surface, suggesting that diamond surfaces are plagued with ubiquitous defects. I will describe our recent efforts to correlate direct materials characterization with single spin measurements to devise methods to stabilize highly coherent NV centers within nanometers of the surface. We also deploy these shallow NV centers as a probe to study the dynamics of a disordered spin ensemble at the diamond surface.

Our approach for correlating surface spectroscopy techniques with single qubit measurements to realize directed improvements is generally applicable to many systems. Separately, I will describe our recent efforts to tackle noise and microwave losses in superconducting qubits. Building large, useful quantum systems based on transmon qubits will require significant improvements in qubit relaxation and coherence times, which are orders of magnitude shorter than limits imposed by bulk properties of the constituent materials. This indicates that relaxation likely originates from uncontrolled surfaces, interfaces, and contaminants. Previous efforts to improve qubit lifetimes have focused primarily on designs that minimize contributions from surfaces. However, significant improvements in the lifetime of planar transmon qubits have remained elusive for several years. We have fabricated planar transmon qubits that have both lifetimes and coherence times exceeding 0.3 milliseconds by replacing niobium with tantalum in the device. Following this discovery, we have parametrized the remaining sources of loss in state-of-the-art devices using systematic measurements of the dependence of loss on temperature, power, and geometry. This parametrization, complemented by direct materials characterization, allows for rational, directed improvement of superconducting qubits.

Nathalie de Leon is an assistant professor in the Department of Electrical and Computer Engineering at Princeton University, where she started in 2016. Her group focuses on building quantum technologies with solid state defects and new material systems for superconducting qubits. She received the Air Force Office for Scientific Research Young Investigator Award in 2016, the Sloan Research Fellowship in 2017, the NSF CAREER Award in 2018, the DARPA Young Faculty Award in 2018, and the DOE Early Career Award in 2018. She is the materials thrust leader of the Co-design Center for Quantum Advantage, a DOE National Quantum Information Science Center. She was previously a postdoctoral fellow in the Harvard physics department, jointly supervised by Mikhail Lukin and Hongkun Park, working on cavity QED with diamond nitrogen vacancy (NV) centers integrated with diamond-based nanophotonics, with the goal of realizing scalable solid-state quantum networks. She received her Bachelor of Science degree in chemistry in 2004 from Stanford, where she worked under Richard Zare, and she earned her Ph.D. in chemical physics in 2011 from Harvard in the lab of Hongkun Park.