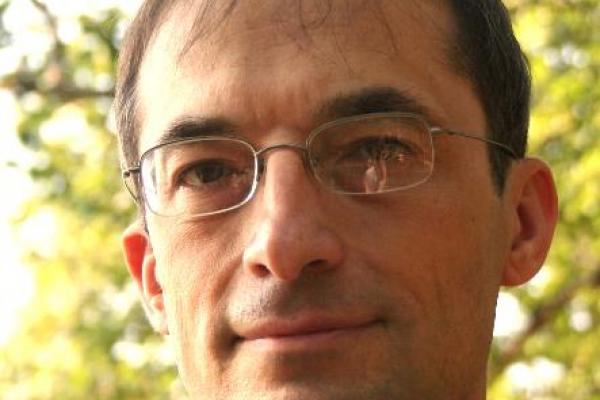 Title: The Mathematical Theory of Nonrelativistic Matter-Radiation Interaction and Results

Abstract: I will describe what is roughly the state of the art in the rigorous theory of the Schrodinger equation in settings suitable for modeling matter in interaction with external periodic fields which are not necessarily small. The focus will primarily be on results in some model problems, starting with the simplest --based on a delta-function potential, to Coulomb atoms and the photoelectric effect, our latest work. In the latter problem we rigorously obtain the wave function for all x and t, which exhibits some intricate behavior especially at small times, and prove an asymptotic result for large time conjectured by Faisal & al.

Inasmuch as possible, I will describe the mathematical difficulties and the machinery we developed over the last 20 years or so to overcome them.

Based on various collaborations with: R D Costin (OSU), I. Jauslin (Princeton), J. L. Lebowitz and A. Rokhlenko (Rutgers) and S. Tanveer (OSU).

Bio: Dr. Costin received his B.S. and M.S. in Physics, University of Bucharest in 1984 and he was a theoretical physicist at the Inst. for Theor. Phys, Bucharest Romania until 1991. Dr. Costin received his Ph.D. in Mathematics, Rutgers University, in 1995. He was a Dickson Instructor at U Chicago from 1995 to 1998, and Associate Professor at Rutgers until 2005. He has been a Professor of Mathematics at OSU since 2005. Notable awards and prizes: Fellow of the American Mathematical Society, class of 2020. Guggenheim Memorial Foundation Fellow, 2008. American Mathematical Society Centennial Research Fellowship 1997.

Event is free and open to the public.