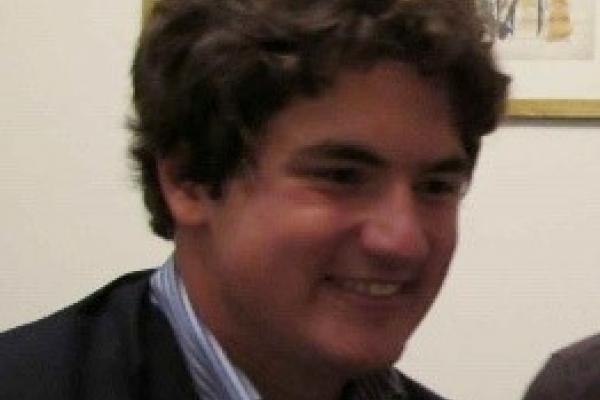 Title: Advances towards pulsed antihydrogen production for a first antimatter gravity ement in the AEGIS experiment

Abstract: The direct measurement of Earth's gravitational acceleration on a purely antimatter system has been a dream of experimental particle physics for more than twenty years, since the first antiproton cooling attempts at CERN's Low Energy Antiproton Ring. The efficient production of antihydrogen atoms in traps at CERN's Antiproton Decelerator in 2002, opened a possibility to perform such measurement of a neutral antimatter system, overcoming the difficulties experienced with charged antiparticles. This is the ambitious objective of the AEgIS collaboration:  measure the value of g using a pulsed source of cold antihydrogen and a moiré deflectometer/Talbot-Lau interferometer.

Many milestones have been achieved by AEgIS in the last few years, on the way of developing a pulsed cold antihydrogen source using resonant charge-exchange between antiprotons and cold Rydberg positronium. Cold positronium was first formed at room temperature in a dedicated setup. The spectroscopy of its 1-3 and 3-14/15/16 transitions was carried out, demonstrating the feasibility of AEgIS' proof-of-concept in-flight laser excitation. Positronium was subsequently formed from the target at ~10K temperature inside the 1T magnetic field of the experiment and laser excitation was shown possible again. In parallel, antiprotons were captured from the A.D. using aluminum degraders and cooled with electrons. These mixed e-/p+ plasma were radially compressed to sub-mm radii applying a rotating-wall drive and progressively reducing the number of cooling electrons. Antiprotons were finally transferred to the antihydrogen production trap with high efficiency using an in-flight launch and recapture procedure.