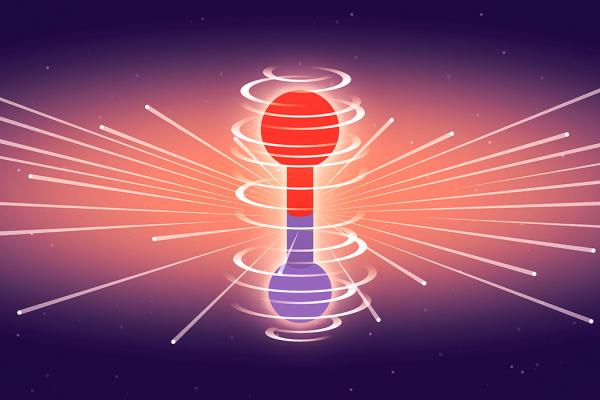 Less than a millionth of a billionth of a second long, attosecond X-ray pulses allow researchers to peer deep inside molecules and follow electrons as they zip around and ultimately initiate physical and chemical reactions.

In 2018, researchers at the Department of Energy’s SLAC National Accelerator Laboratory developed a way to produce X-ray laser bursts which are several hundred attoseconds (or billionths of a billionth of a second) long. This method, called X-ray laser-enhanced attosecond pulse generation (XLEAP), allows scientists to investigate how electrons zipping around molecules jumpstart key processes in biology, chemistry, materials science and more.

Now, researchers at SLAC’s Linac Coherent Light Source (LCLS) have rattled the electrons in a molecule with these attosecond pulses to create an excited quantum state and measure, in never-before-seen detail, how the electrons behave in this state. The results were published in Science in early January 2022.

Attosecond pulses are the shortest pulses generated at X-ray free-electron lasers (XFEL), like LCLS. The unique achievement of the XLEAP project has been to make attosecond pulses at the right wavelength to look inside the most important small atoms, such as carbon, nitrogen and oxygen. Like cameras with ultrafast shutter speeds, XLEAP pulses can capture the movements of electrons and other motions on an extremely fast timescale that could not be resolved before.

When X-ray pulses interact with matter, they can boost some of the most tightly bound core electrons in the sample to highly energetic states, known as core-excited states. Because they are so energetic, core-excited states are extremely unstable and will typically decay very quickly by releasing energy in the form of a fast electron, known as an Auger-Meitner electron. This phenomenon has historically been known as Auger decay but recently scientists have chosen to add the name of Lise Meitner, who first observed the phenomenon, in recognition of her broad-ranging contributions to modern atomic physics.

In their study, the researchers precisely tuned the wavelength of the X-rays from LCLS to create a quantum state of matter called a coherent superposition, a manifestation of the wavelike nature of matter. Similar to Schrödinger’s cat, which found itself both dead and alive at the same time, the excited electrons were simultaneously in different core-excited states. This meant they were orbiting the molecule along different trajectories at the same time.

To follow how this coherent superposition of core-excited states unfolded over time, the researchers created an ultrafast clock known as an ‘attoclock,’ where a rapidly rotating electric field from a circularly polarized laser pulse acts as the clock hand. The Auger-Meitner electrons released in the decay of the core-excited states were whirled around by the circularly polarized laser pulse before landing on the detector. The position in which an electron landed on the detector told the researchers the time at which it was ejected from the molecule. By measuring the ejection times of many Auger-Meitner electrons, the researchers were able to build up a picture of how the coherent superposition state was changing with a time resolution of just a few hundred attoseconds.